In as much as the android OS is one of the best OS on mobile phones, most users tend to run away from using android phones because of the data drainage.

In this part of the country where data cost ain’t smiling, people tend to resort to using blackberry phones. Blackberry Phones still stands out to have the cheapest data plans and cost here in Nigeria.

Most ISPs (Internet Server Providers) offer One thousand Naira subscription for a monthly duration (something that’s rare to get for android device). In the case of GLO BIS, you get a whopping 3GB data for just N1000.

Ordinarily, this plan works on Blackberry 10 phones and from the bb10 phones, the subscription can be shared to android phones, computer, iPhone, iPad and other devices.

More interestingly, glo bis can be used on most MTK android phones. You will however, need to change the android phone IMEI to that of a Blackberry IMEI and that’s where this post comes in handy.

Earlier before now, most readers have reached out to me asking how they can change their android phone IMEI to a BB IMEI. Because I haven’t really tried the process before now nor written about it on this blog, I simply direct them to do a research using search engine.

Last night, I decided to get busy with changing the IMEI on my InnJoo Note android Phone and it worked out fine. The Process is pretty simple and easy.

The process is pretty easy. Hence, if you are curious to knowing how to change your Android phone IMEI, this post will certainly provide you with a proven solution.

This tutorial here will only work on most MTK android phones. I used my innjoo note for this tutorial which is an MTK android Phone. This same tutorial didn’t work for the infinix hot X507 phone neither will it work for non-MTK android devices like Samsung, Nokia etc.

However, it should work for most tecno android phones, innjoo phones, earlier infinix phones and more. Just be sure you are using an MTK device (Antutu benchmark app should tell you about that).

First and foremost, you should copy out your IMEI numbers and save it somewhere safe. This is necessary just in case you’d like to change the phone IMEI number back to what it used to be. Perhaps, in the future.

==> Amongst the options, Tap On CDS information.

==> Now look close in-between the inverted columns(“”). Type in your new blackberry IMEI in-between the columns and insect a space between AT+. Thereby, you’d get something like AT +EGMR=1,7,”(New IMEI Number)”

==> After properly inserting that, Tap on Send AT Command and you should get a successful command sent or At command msent (Depending on the android phone you use).

==> Now, navigate back to your phone screen. Turn On Airplane mode and switch off the phone.

==> Turn the phone back on, turn off Airplane Mode and check your phone IMEI using *#06# and you’d realize one of the IMEI has been changed to the prescribed IMEI you inserted.

==> Fix in your already subscribed Glo bis sim and navigate to the internet settings. Use APN as blackberry.net and leave the username and password sections empty. Try surfing and you’d enjoy using your glo bis on your android phone.

I did a video in the middle of the night after I had successfully changed my phone IMEI, showing you the glo bis surfing on my android phone. Hence, for those who still doubt if glo bis works on android after changing IMEI or not, you can watch the video below; 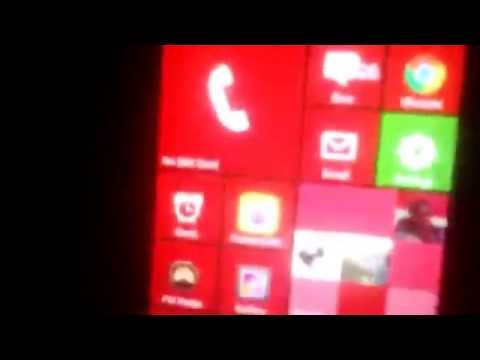 How Can I Get Blackberry IMEIs?

It’s much easier to just source for them on the internet or you can simply use somebody’s blackberry IMEI number. I am willing to give one blackberry IMEI each to everyone who requests for it using the comment form.