I have been using the infinix note 5 for a while now and I am bumped up to present the best features the device brings to the table. Call it, the Infinix Note 5 review.

The Note 5 is the latest phone from the brand in its Note series. It’s a 6.0-inch smart phone that doesn’t exactly feel like it. Comparing the size and feel to the Tecno Spark K9, the Note 5 sure feels smaller and more compact. Bare in mind though, both devices are said to be 6.0 inch.

I particularly love the design, although its plastic built, for the price it’s comes at, that’s fine.

Just before we go over to the review proper, I’d like to start that everything you’d be reading here, have been compiled in a video. Hence, if you’d rather prefer watching a video, click on the play button below. Under-wise, keep reading. 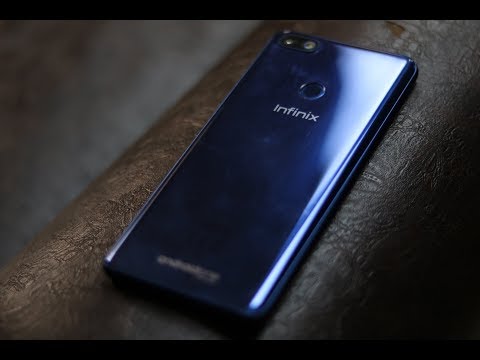 Starting of, let’s take a quick look, at the key specifications and features of the Note 5.

A quick run down on the specs, the infinix Note 5 features the following specs;

Now, I know this sounds like a lot to absorb, right? So, I’ll be talking on the best 9 features to love about the infinix Note 5.

Please note, I won’t be talking on the design of the device as I already covered that in the Note 5 first impressions. If you are interested in everything concerning the design, please read that post.

Having cleared that out, let’s list out the features. Thereafter, I will give more insight on each one of them.

In no particular order, these are the best features to look out for on the infinix note 5 smart phone.

Lets start off with the display.

As earlier mentioned, this is a 6.0 inch display. However, what’s interesting is the 18.9 infinity screen. The slightly curved edges of the screen adds some style to the feel. Kinda similar to what we have on other flagships like the Samsung galaxy S9 and the note 8.

With a resolution of 1440 x 2160 pixels resulting to 402PPI, the display comes out looking stunning. I’m a huge fan of the display and again, the curved screen and the screen to body ratio, just makes a good blend.

The infinix note 5 is powered by a helio p23 octa-core processor clocked at 2.0GHz with 3GB RAM. Performance on this guy, is fluid. During the course of use, no prominent lag was experienced.

I did notice though, that sometimes, leaving an app unattended to for a long time and going back to it, restarts it. This can be quite frustrating especially if you had to attend to other things or other apps.

If returning back to the app immediately, you can continue from where you left off. If however, you leave an app for a few hours, going back to it, restarts it.

Other than that, Literally every game I threw at the device, worked seamlessly.

The cast feature on smart phones isn’t new. Certainly isn’t new on infinix phones. However, this is a feature that is usually under utilized. Same as the OTG feature on a smart phone.

The cast feature allows you mirror your phone screen, to your Television. If you have a smart TV, this is easy to do. If however, you do not own a smart TV but instead, own a regular one, you would need Google cast device or an android TV box.

The Xiaomi MI Box works flawlessly with the infinix Note 5. I was able to flawlessly cast the note 5 screen to the xiaomi mi box without the need for a third-party app.

Speaking of the Xiaomi MI Box, soon, I will be giving out a unit. Hence, please make sure you are subscribed to the YouTube Channel and also follow me on Instagram. That LINK takes you to the instagram page. Be sure to hit the follow button. That way, you’d get notified when the giveaway commences.

Android one is an initiative by Google to make sophisticated phones available for users at affordable prices. This comes with the stock Android experience. No bloatware and all those extras added configurations by manufacturers.

This runs Android 8 Oreo out of the box however, courtesy of it being Android one, it will definitely get Android P when it becomes globally available.

You can even move the display to either sides of the screen. This isn’t exclusively to the note 5, It’s also present on the note 4.

Google assistant is a fun way to get things done on your device by simply talking to it. Rather than type, you can just initiate the AI assistant and have it perform some certain features.

It’s really fun to play with. Ask the Assistant to tell you a joke and although not usually funny, you’d get one. This isn’t exclusive to the note 5 though, it’s available on most recent google services. It’s also available on the google Allo app.

Google lens is another cool feature on the infinix Note 5. Point the device at a particular object and the lens would guess what it is. This works sometimes and tend to flop other times. However, for the most part, it does work. You’d need good lightening environment to get the best results though.

This may not be used in your everyday live, it’s a cool feature and it’s worth knowing it’s there. Imagine stumbling on something you have no idea of what it is, this should come in handy.

Moving on to the battery, for me, this is the main highlight of the device. The note 5 packs a 4500mAh battery and this does perform really, really well.

Not only do you get that much battery longevity, it also has fast charging. With just about 15 min charge, you can get enough juice for the day. The battery life on this guy, is simply amazing.

In the camera department, infinix did a Good job. There are different modes to choose from when taking pictures.

For me, I basically used normal, beauty and bokeh. The bokeh mode basically focuses on the subject and makes the background a bit blurry.

Here is a selfie I took with the device.

This is the beauty shoot, the normal shoot and the bokeh shoot.

I also took and uploaded this picture on Instagram story.

For the most part, people thought I used an iPhone. The selfie camera is that good. Not the best, but relatively good.

In the security department, although it is being rumored that the device has got facial recognition (face unlock), I didn’t find any. I even updated to the latest version as at when writing this review and there still wasn’t any face unlock option. Hopefully, in the future, this will be introduced.

To the things I do not like, the first would have to be the speaker placement. In my opinion, the speaker is placed in the wrong position. Although at the bottom which is something I really like, it’s positioned at the left as against the right.

This sorta affects the gaming experience or the experience when watching movies via the loud-speaker. For the most part, when the phone is in landscape mode, your palm could be blocking the speakers during gaming.

Not exactly a dislike, but a feature I wish was on the infinix note 5 smart phone, is Face ID. Earlier released infinix phone in 2018 has face ID. This ought to have that as well. Hopefully, this will be rolled over in subsequent updates.

So that’s it guys. Those are the best 9 features you’d love on the infinix Note 5. If you enjoyed this review, please be sure to use the share buttons. Also remember to subscribe to the YouTube channel and also follow me on Instagram to get notified when the giveaway commences.