Having been using the Smart 2 for a while now, the Infinix Smart 2 review is finally up!

Last year, Infinix launched the very first smart device in its line of smart series. The smart phone is geared towards entertainment lovers. And in that tradition, the device featured dual loud speaker which birth better sound volume and perhaps, quality.

This year, we have a successor dubbed as the Infinix Smart 2. There is also a pro version of the smart 2 with better specs. Precisely better performance amongst other features. However, for this review, we’d be sticking to the standalone smart 2 device.

I already published the infinix smart 2 review on YouTube and below, you’d be able to watch the video. The video contains all that will be stated here on this post. Hence, to be clear, what you will be reading here, are basically transcripts.

Unfortunately, I won’t be able to provide pictures. Hence, to get the full details and to know all that there is to the device, it is necessary you watch the videos. If you have further questions regarding the smart phone, I will be more than happy to answer them using the comment session. 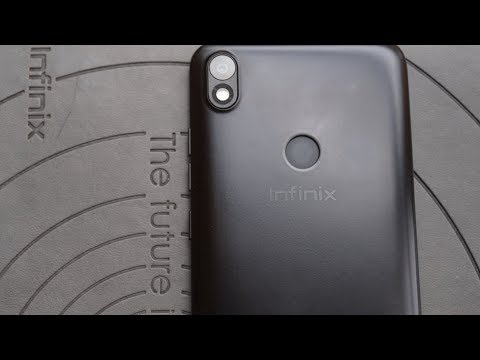 Although infinix is sticking to the same 1GB RAM on this one, there is a difference in the design, the screen resolution, processor, camera as well as battery.

Back to the device. Compared to the smart released last year, the design on this guy appears better.

It’s same plastic back but, kinda feels nice when held.

Unlike the smart released last year which had dual loud speakers which was something I really liked, this guy has just one loud speaker and it’s placed at the back. That’s a bumper.

I’ve said it over and over again. It’s much nicer to have the loud speaker placed at the bottom than having it placed at the back. Reason being that, speakers placed at the back cause issues when placed on a soft object like a form. You probably wouldn’t here the phone when it’s ringing.

In the display department, you get the same 5.0inch display. However, with a resolution of 1440 x 720 pixels formerly referred to as HD+ making it better compared to the smart released last year.

You also get the same curved display edges and 2.5D display as seen on the Infinix Note 5 which is something I really like. This adds some style to the feel.

In the performance department, the device can work well for a starter. It’s a 1GB RAM smartphone and a 1GB RAM phone in 2018 is kind of a bumper.

Trying lite games works well and fluid without hiccups however, I wouldn’t advice trying hard core gaming or trying to multitask between games on the device. Multitasking with 3 or more apps leaves the apps having to refresh talk more of multitasking between games.

In the camera department, the device does pretty well. It features a 13 megapixels back camera and a 8 megapixel front facing shooter. Pictures comes out looking pretty nice and the bright front facing flash creates room for better shots at night.

In the battery department, this is where I’d say the device shines. Although it features a 3050mah battery which is slightly lower compared to what we had on the initial smart, the battery on this guy lasts very well.

As you can see in the video above, the last charge was over 30 hours ago yet, we still had enough juice to last a day or two. This however, depends on usage.

There is also fast charging on this guy. A quick 20 mins charge can get you juiced up for the rest of the day.

Infinix did well with the security feature on this guy. While the note 5 lacked the face ID unlock feature, the smart 2 has that on board coupled with fingerprint ID.

What this means is, under poor littered environment or at night, the front facing flash is used in scanning the face to unlock the phone. If however, the battery is low, the flash light is automatically disabled thus, you are only able to unlock the phone using fingerprint ID under really low lightening environment.

The Face ID feature on this guy, although not the fastest, it works and works well too. However, for the most part, I’d stick to the fingerprint unlock system. It’s safer for me.

On the device, you’d get most google go apps which are lite versions of their initial apps. Google assistant and the cast feature also works on this guy.

Well, it depends. If you are looking at buying a phone on a budget and for someone who is relatively new or still new to phone, the smart 2 is definitely recommended.

However, for an intensive user aiming to use the smart 2 as a main device? I doubt the odds.

The smart 2 can also fall in place as a side chick or side boo to your main device if you are an intensive user and only needs a second device for relatively simple functions.

So, there you have it guys. That’s all for the infinix Smart 2 Review. If you enjoyed the video, please be sure to hit the like button beneath the description session in the video. Please also consider hitting the subscribe button if you haven’t already.

If perhaps, you missed the video above, below is the same video. Please be sure to watch. That way, you get a better Idea on the smart 2 review.

Questions? Do not hesitate to drop them in the comment session.