I got a chance to feel and play with the newly launched smartphone and as usual, I’d like to share my first impressions and quick hands-on review about the device.

Disclaimer: This is only my first impressions of the smartphone and not a comprehensive review. Hence, it shouldn’t be considered as a full review of the device.

The device certainly looks and feels stunning. Compared to the Tecno Camon CX design, I would say the Hot S2 feels better in the hands.

Comparing the design to last year’s Hot S, there really isn’t much difference. Both devices still have that uni-body aluminum design.

However, the Hot S2 sure looks and feels more premium. Thanks to the 2.5D display and the ‘kinda‘ adjustment in the structure.

The speakers still retains its position at the bottom of the device. The volume rockers are positioned at the left side of the device, while the right side houses the power button as well as the SIM / SD slot.

Unfortunately, the Infinix Hot S2 only gives room for either two SIMs and no SD card, or one SD card and one SIM. Meaning, if you have to use an external SD card, you’d have to sacrifice one SIM slot.

I compared the camera against the Tecno Camon CX camera. If you are interested in seeing how the camera pals up, you should check out the next video on our YouTube channel.

I have published a video containing my first impressions and quick hands on review of the infinix hot s2. If you’d rather see a video (which I advise you do), you can watch it below. 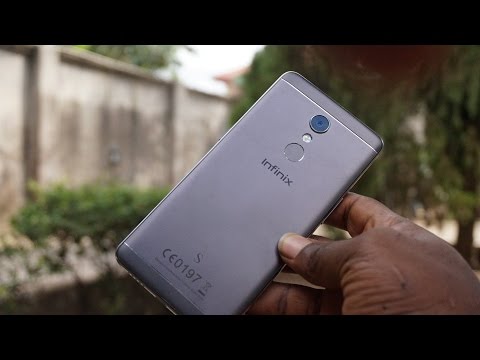 To be candid, I love the Infinix Hot S2 for it’s design. However, having to sacrifice one SIM slot in other to use an SD card is kinda a let down. More so, still running Android Marshmallow for a 2017 released phone isn’t too good. At least to me.

Having dual front facing camera is most definitely, a welcome idea. However, it’s not just the availability that’s matters. It’s actually whether or not it makes a huge difference. I wouldn’t want to comment on the camera yet. I’d urge you check out my next video on the camera comparison. Thereafter, you can draw your lines regarding the camera quality.

In all, if I am supposed to award a merit, it would be based on the design, alone. At least, for now. Only a full review could possibly award more merit, if positive.

So, that’s it for my first impressions and quick hands-on review of the infinix Hot S2. Please stay tuned for the camera comparison between the Tecno Camon CX and the Infinix Hot S2.