Tecno mobile, a couple of weeks back, launched the Tecno Camon CX which is an upgrade to the Camon c9 released last year. Other than the CX, Tecno also released the PhonePad 3 and the L9 Plus.

Although it took a while, a long one actually (I sincerely apologize), here’s my first impression and quick hands-on review of the Tecno Camon CX.

Tecno decided to name it’s next Camon smartphone as CX rather than C10 as expected. Do however, bear in mind that X is a Roman Numeral for 10. Hence, they literally mean the same thing.

The Tecno Camon CX brings a whole new design to the Camon series. Compared to it’s predecessors which are known for the plastic back pack, the Camon CX features a full aluminium unibody.

Holding the device for the first time, the feel kinda reminds me of the Infinix Zero 4. And apparently, both device features an aluminum unibody.

Another improvement is the speaker placement. I am not a fan of Android phones having their loud speakers at the back of the device. I mentioned that in the Camon C9 review. Perhaps, Tecno now understands this and thankfully, the speakers have been placed at the bottom of the phone rather than the back.

While those improvements sound rather fascinating, there is a reduction. Tecno mobile on the Camon CX, removed the camera shutter button. The tecno Camon line of smartphones are known as camera smartphone. And one of their trademark is having the button dedicated to camera. Tecno has however, forgone that on the Camon CX.

The volume rockers and the power button still retains its position at the right side of the device. The left side as expected, houses no buttons.

Another new improvement worth mentioning is Android Nougat OS. The Tecno Camon CX runs Android 7.0 Nougat out of the box. Of course, this is customized with Tecno’s own HiOS.

The battery region still got a touch. The battery capacity on the device has been upped. Compared to the Camon c9 which packs a 3000mAh battery, the Camon CX features a 3200mAh battery. Although not so much, it’s worth mentioning.

The Tecno Camon CX as expected, now has a better camera. The device rocks a 16 megapixels back camera with ring flash. I tried the Camon CX front facing camera and compared it to the Camon C9.

Upon a few shots, I realized the Camon CX produces a much sharper picture compared to the C9. Although the C9 gives you a more smoother selfie look, the CX produces a more realistic one.

If requested, I could make a full comparison of the Tecno Camon CX camera against the Camon C9 for you guys to analyze and arrive at a conclusion yourselves.

In summary, what’s new with the Tecno Camon CX based on my first impression, is the design, the fingerprint scanner, the OS, a better camera and the slightly bigger battery. The only downside however, is the removal of the dedicated camera button. 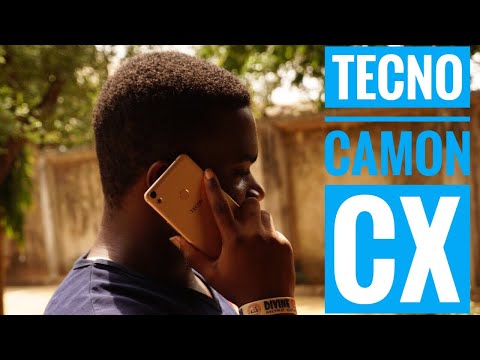 So there you have it guys. That’s all for my first impression and quick hands-on review of the Tecno Camon CX. Any thoughts?