Couple of months back, I talked on how to block and unblock numbers on infinix android phones. So far, a lot of people seem interested in that content and it’s interesting to know that quite a handful of persons do not know how to perform such simple function.

Most of the recent comment on that post portrays people not being able to still block and unblock numbers on their infinix smartphones despite the step by step guide. Of course, I can understand why, hence, the reason for this updated content.

The earlier content was based on older infinix phones with some of them running XUI which is infinix own custom UI at the time. Currently, infinix custom UI is referred to as XOS.

Updates to XOS brought about a handful of changes and one of them, is the harassment block being removed from the XManager menu options. Hence, users following the previous tutorial couldn’t find their way through the process. Especially for those using latest infinix android phones.

Before now, Infinix android users could simply navigate to XManager, tap on harassment block and add or remove you’d like to block there. Now, the process is different. At first, it was confusing but since I figured it out, I thought it wise to share, as usual.

How To Block and Unblock Numbers Or Contacts On Infinix Phones

In 2017, infinix launched a couple of devices. These devices includes the Infinix Zero 5, Infinix Note 4 and the Infinix HOT 5 amongst others.

All of these devices run Android Nougat customized with XOS. An updated version to be precise.

For the sake of those who would rather prefer watching a detailed video to reading lengthy contents with less step-by-step instruction, i made one for you. 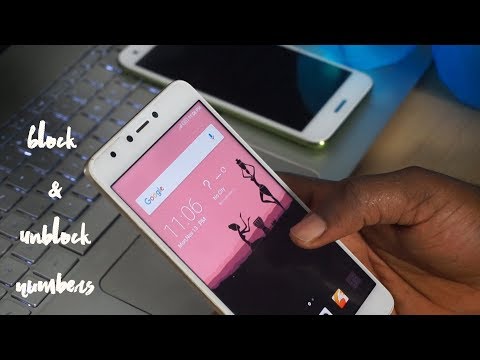 Doing that, that specific number will be blocked. Hence, you wouldn’t be able to receive calls or SMS from the number.

To unblock, simply follow the same process and tap on unlock.

Therein, you’d find the list of blocked numbers if you’ve blocked any already.

To block a new number, tap on Add a Number. Input the number and tap on Block.

To unblock, tap on the X sign and tap on unblock.