If you are a gamer, Pro Evolution Soccer (PES) needs no formal introduction. Every year, Konami trails us with a new version of PES and this year, there wouldn’t be an exception.

Following some leaks, the Japanese Publishers have confirmed the 2018 Pro Evolution Soccer (PES2018) release date for PC and Consoles.

According to Konami, PES2018 release date is set for September 14th. For consoles, the game will be available on PlayStation 3, PlayStation 4, Xbox 360 and Xbox One. Apparently, PlayStation 2 has been abandoned.

The teaser trailer has also being released. However, this can best be described as a pre-trailer (if there’s any word like that). The full trailer is expected to become available sometime in June, 2017. 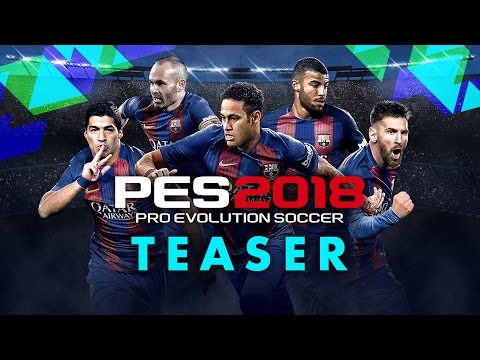 With the PES 2018 soon to be released, gamers should expect new features, new ways to play and an unrivaled game-play experience. One of the new features to be expected is Real Touch +. This will basically allow players to react to receiving a ball using permissible parts of the body. This includes the Chest, head, and legs to bring a pass under control dependent on the height and pace of the incoming ball.

In regards pricing, no hints. Notwithstanding, the Pro Evolution Soccer 2018 will be similar to the current generation consoles release.

Other improvements with the Pro Evolution Soccer 2018 release includes Real Capture System. This provides true-to-life lightening across day and night games. Alongside, over 20,000 components have been faithfully recreated to recreate the turf, tunnels, and the surrounding areas of stadium such as Camp Nou and Signal Iduna Park.

I am pretty excited about the upcoming 2018 Pro Evolution Soccer (PES2018) game for PC and consoles. Are you?